On September 29, Louvre Home Furnishing Group announced the official opening of Louvre Furnishing Art Center, a new core strategic project that it has launched. The opening ceremony took the theme of “Being towards Art” and started multiple series of wonderful activities at the same time, including Co-existence · Invitation Exhibition of Chinese Contemporary Art, the 2019 Guangzhou Design Week · Global Furnishing Art Festival, and Mu Gai Mu Kak · The Annual Forum on Design Art in the Greater Bay Area. 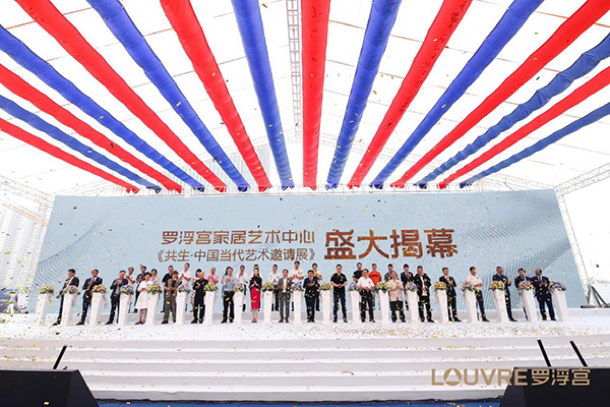 Louvre Furnishing Art Center made its debut on September 29, 2019

At the opening ceremony, Mr. Li Bangqi, Executive Vice President of Louvre Home Furnishing Group and General Manager of Louvre Furnishing Art Center, shared the new concept brought by Louvre Furnishing Art Center with guests. Louvre Furnishing Art Center is led by  famous Italian designers and jointly built by a top international team. As the first global premium furnishing art complex that integrates three core elements of furnishing, design and art in the industry, it can be called as a new landmark of furnishing art in South China. In a total planned area of 150,000 square meters, three buildings are connected through an overhead panoramic corridor and accommodate 15 theme exhibition halls arranged in an orderly manner. Then its indoor furnishing experience areas in a variety of styles are connected through spatial artworks. This is a recreational place for both art appreciation and shopping, a perfect enjoyable shopping paradise where there is a natural transition between public space and household scenes.

Louvre Furnishing Art Center is the first one to introduce top European furnishing brands such as Fendi Casa, Bentley Home and Armani Casa to Guangzhou market, which will bring luxurious home experience to consumers and display cutting-edge international lifestyles. At the same time, Louvre Furnishing Art Center brings together nearly a thousand first-line brands at home and abroad, which would bring infinite creative inspiration in home lifestyles for Guangzhou citizens and start the journey of exploring furnishing art. 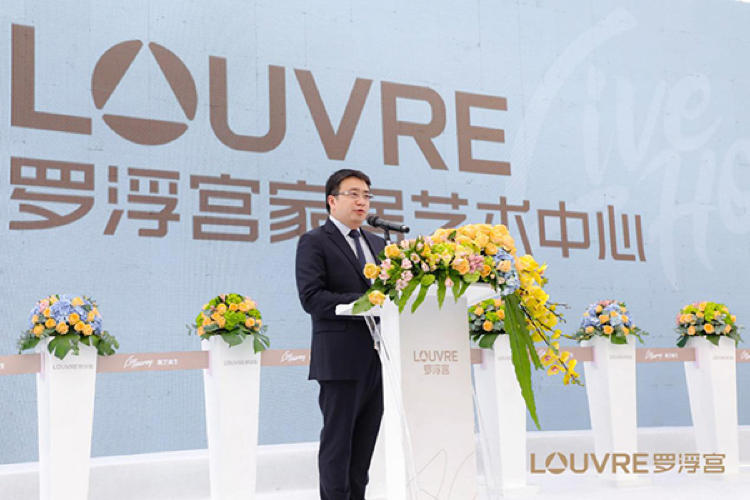 “ Resonate with Design and Share the Equation of Life Aesthetics ”

Design is the primary productive force of home furnishing. Louvre Group has always attached importance to the power of design.

At the same time, Louvre Home Furnishing Group signed a contract with the Design Industry Alliance of the Greater Bay Area on strategic cooperation. It is known that the Design Industry Alliance in the Greater Bay Area is jointly initiated and set by eight major design associations, such as the Hong Kong Interior Design Association, the Macau Interior Design Chamber of Commerce, and the Shenzhen Institute of Interior Design, aiming to promote integration and co-development of design and industry through sharing of resources and win-win interaction and cooperation between more excellent designers.

As indicated in the theme, Being towards Art, Louvre Furnishing Art Center bears the mission of pursuring art. The Co-existence · Invitation Exhibition of Chinese Contemporary Art launched with the opening ceremony was the first art exhibition at Louvre Furnishing Art Center, and it will display nearly one hundred excellent contemporary artworks contributed by dozens of contemporary artists from 7 domestic art institutes, such as the Central Academy of Fine Arts, Guangzhou Academy of Fine Arts, and LuXun Academy of Fine Arts. Each of these artworks is full of the artist’s thinking and reflection on the world, living and life. From September 29 to November 30, citizens in Guangzhou would enjoy a splendid artistic feast from this exhibition.

Louvre Furnishing Art Center will take this as a starting point to present more high-quality art exhibitions and excellent artworks to citizens, to fulfill its social responsibility as a “cultural ambassador”, and to create a better life for Guangzhou citizens by means of art. In the future, Louvre will continue to introduce more cultural IP and art resources, look forward to the merge of “finance” with “art”, make Guangzhou International Financial City to be the “reception hall” and an “art circle” of Guangzhou, and promote it to be a real city of culture and art. 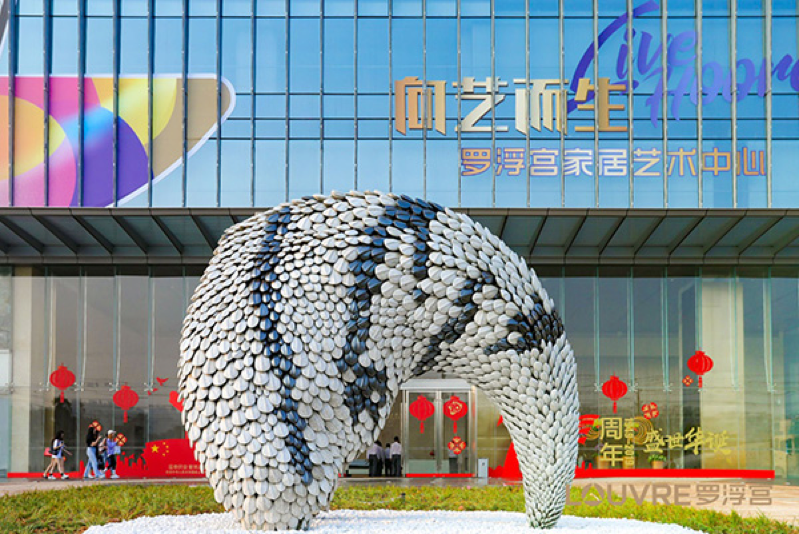